Overview - what we are commemorating

Women historically used different tactics to draw attention to the cause of suffrage and other women's rights issues.  Auto tours, pageants and broom brigades were among those tactics.  The below images illustrate what those events looked like, and give you an idea of what we are trying to celebrate and re-create. 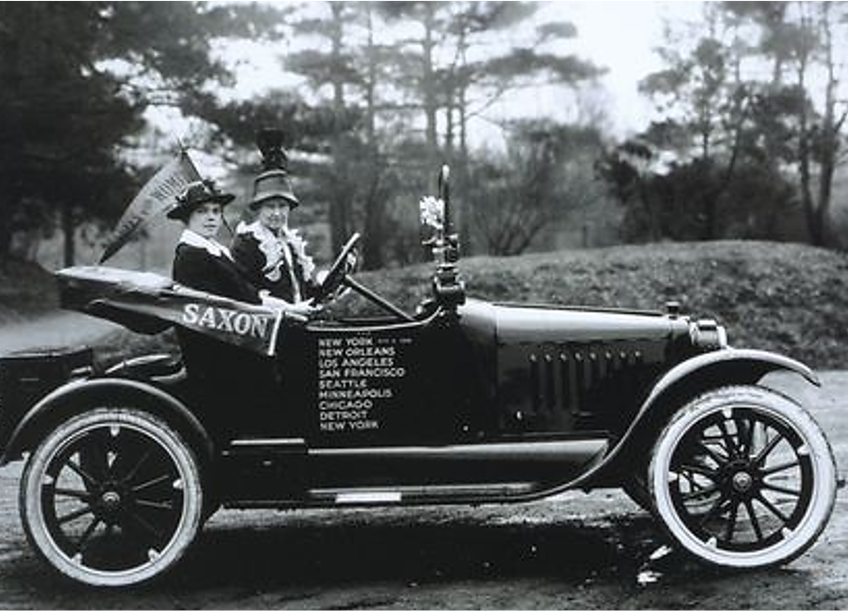 The “Golden Flier” --- Nell Richardson, Alice Burke, and Saxon (a cat).  One of many such auto tours done by women to support suffrage. 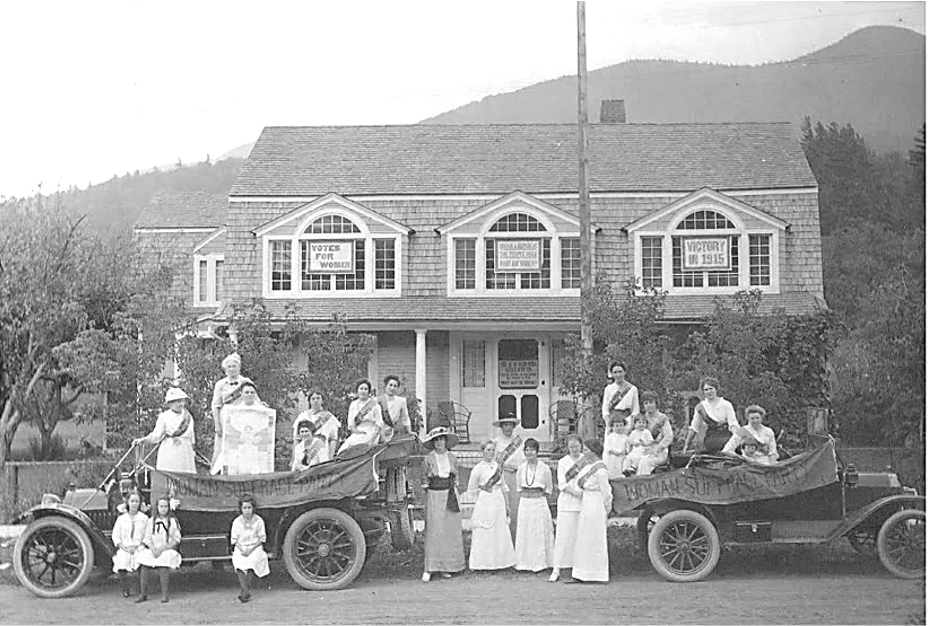 A suffrage tour in Keene Valley in 1914. 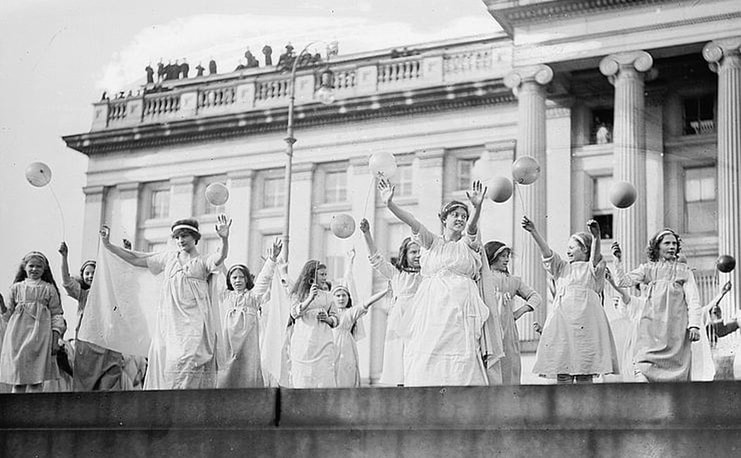 Women also performed pageants to promote the cause of suffrage.   This one is at the Capitol in 1913.

Even after women's suffrage was achieved, women continued to perform pageants in celebration and to draw attention to other women's issues.  This pageant was in Lewis, NY in 1924. 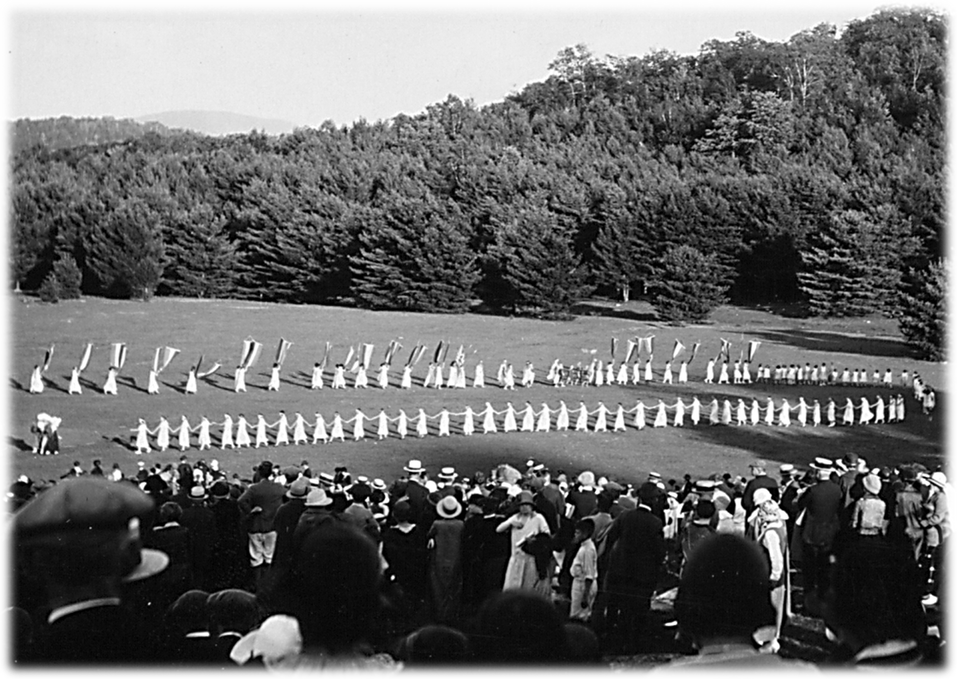 Another view of the pageant in Lewis.  This was an enormous event for the small town of Lewis. 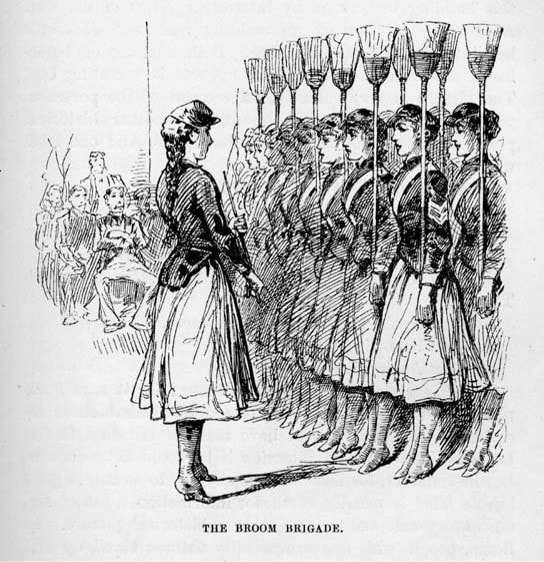 In the 1880s, women performed military-style drills in "Broom Brigades."  This was a way to show that women could engage in traditionally male activities, and do it with style and precision.  It promoted the idea of women in sports and physical activities where they had been excluded. 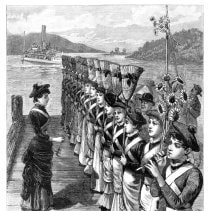 The "Sunflower Brigade" was a broom brigade that attracted attention at the time by performing as people watched from passing boats. 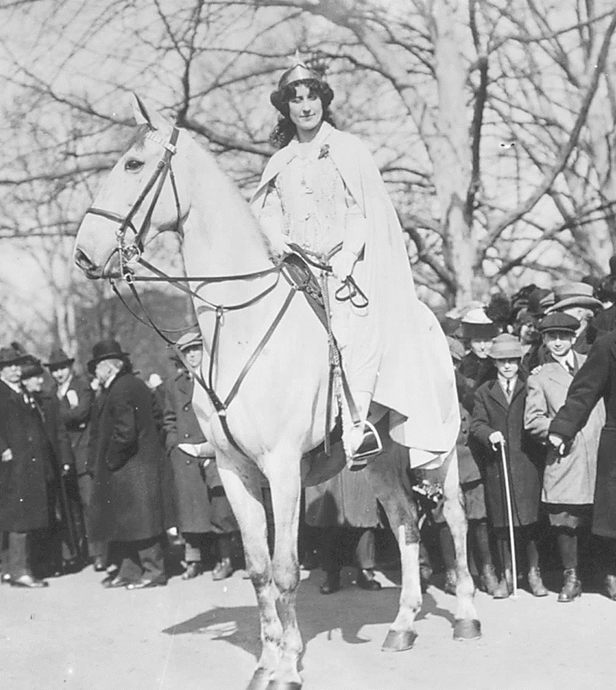 Parades were a big part of promoting suffrage.  Inez Milholland was famous for riding a horse at the head of some of these parades.